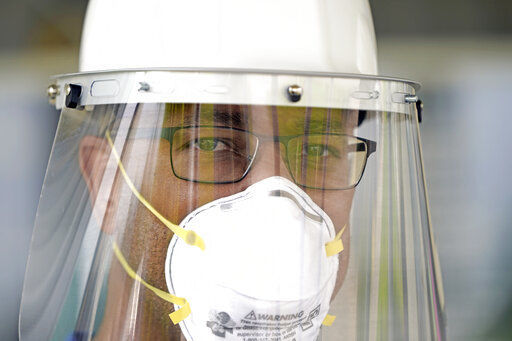 By KATHRYN EASTBURN The Daily News

A group of COVID-19 positive residents at a Texas City nursing home are being treated with the anti-malaria drug hydroxychloroquine, Texas Gov. Greg Abbott said Monday.

The drug has been the subject of controversy in recent weeks because of its debated effectiveness in combating COVID-19.

The Galveston County Health District confirmed last week that 83 people at the residence, including residents and employees, had been diagnosed with COVID-19.

One of those residents had died as of Monday, officials said.

Hydroxychloroquine is an anti-malarial drug, often prescribed for the autoimmune disease lupus, that has shown in limited research some potential to speed recovery in coronavirus patients.

Abbott announced the nursing home’s use of the drug during a televised update about the state’s reaction to the coronavirus on Monday afternoon. The drug was being used to “determine whether or not it will be a successful treatment for those patients,” Abbott said.

Families of residents were not notified before the drugs were administered, but nursing home operators were in the process of notifying them Monday, Armstrong said.

The goal is to keep sicker, elderly patients out of the hospital, Armstrong said.

Read the full article in the Galveston County News