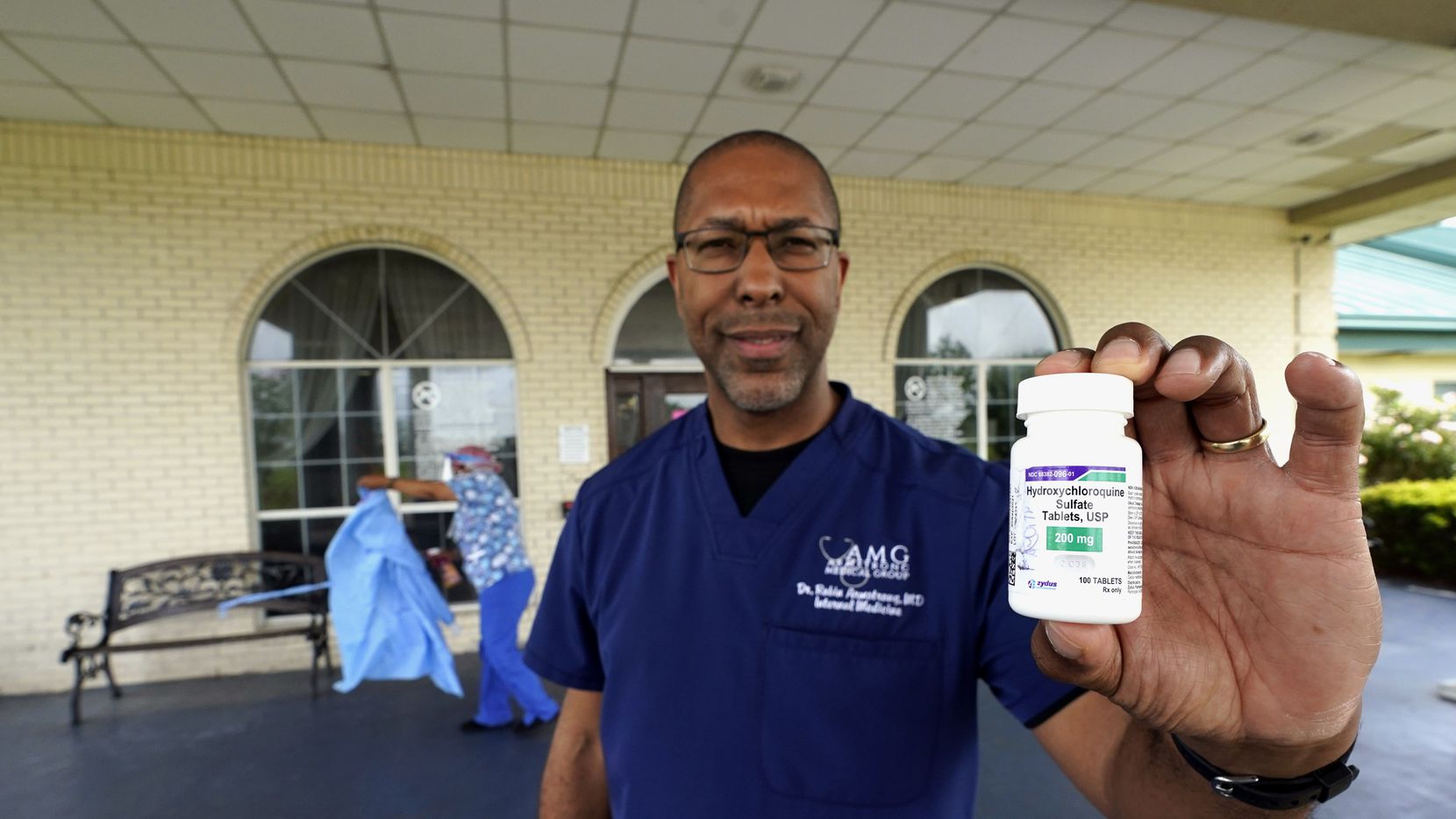 AUSTIN -- The state’s public health agency is sending hundreds of bottles of an unproven coronavirus treatment to hospitals in Dallas and across Texas.

Mineola Sen. Bryan Hughes brokered the donation of 1 million hydroxychloroquine sulfate tablets, an anti-malaria drug President Donald Trump has promoted in the treatment of COVID-19, but that experts warn is not yet proven effective.

“The data are really just at best suggestive,” Dr. Anthony Fauci, the director of the National Institute of Allergy and Infectious Diseases, said recently on CBS. “There have been cases that show there may be an effect … and there are others to show there’s no effect.”

The Texas Department of State Health Services has shipped out over 63,000 hydroxychloroquine tablets in the past two weeks to at least 70 hospitals -- a fraction of the state’s overall supply that indicates medical professionals may not be clamoring for the drug, records show.

In one of the largest known examples, the medical director of a Texas City nursing home has given hydroxychloroquine to roughly 39 of the residents who have tested positive for COVID-19.

Since starting a 5-day regimen of hydroxychloroquine, azithromycin and the vitamin zinc, the first group of patients either improved or stayed the same, said Dr. Robin Armstrong. None has gone to the hospital. He acknowledged it is not clear whether the drugs are to thank or the patients’ own immune response.

“That’s a hard thing to tease out,” Armstrong said. “We are compiling a lot of data to try to figure that question out ourselves.”

The virus causes mild or moderate symptoms for most people. But it can cause serious sickness for some, especially older adults and those with existing health problems such as diabetes or cancer. The death rate in Texas is not entirely clear, but most people recover.

Results collected from the drug’s use at the nursing home have not yet been shared publicly and the administration has not asked for them, said Armstrong, who is also a Republican National Committee member and an advisory board member of Black Voices for Trump.

Read the full article at the Dallas Morning News